The simplest solution is to discard uppercase and just use lowercase. We propose a more elegant way to deal with the two problems mentioned above: inserting special markers before each uppercase letter.

The resulting text is still quite readable. Of course you need to make sure there are no carets in your input to start with, but this is a minor matter: one could use any character as a marker, or invent one. Remember that a char is just a sparse vector: we can make it longer by one element, and that abstract element can be our marker. 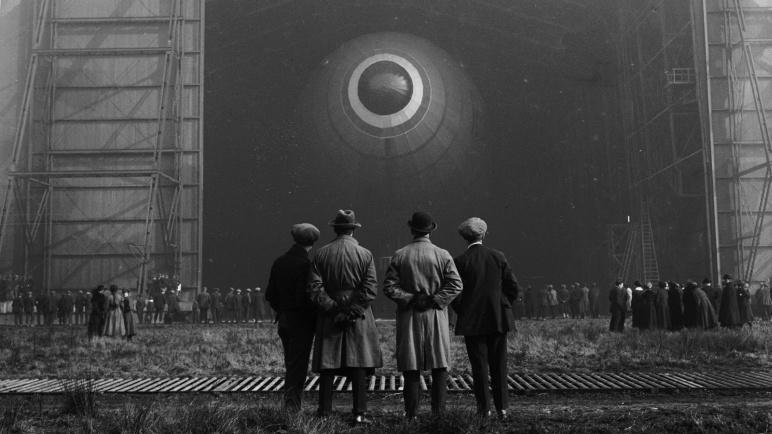 Gents witnessing the emergence of R33, the very first char-RNN, back in the day

Here’s how to convert mixed-case text:

What we do is insert a caret befor each uppercase letter and then turn the whole string to lowercase (\1 is a backreference to a subgroup marked by parens in the first pattern; we need to quote the backslash, hence \\1). An alternative is to perform both operations inside sub() using a function to modify the match and return a replacement:

Should we need to convert stuff back, we’d use a similar construct:

A caret means “start of the line” in a regular expression, so we need to quote it with a backslash.

Does it work? It does. The network is especially quick to learn . ^ combo, representing the end of a sentence and an uppercase letter at the beginning of the next one.

The trick described above is meant for text. People have used char-RNNs for modelling other stuff. It is conceivable to use a similar gimmick for source code, or music, for example to insert bar markers - that might help a network to learn the rhytm.